A man who was reportedly out on parole for the murder of his own mother in 2002 has been arrested for a brutal assault against an elderly Asian Woman.

Bradon Elliot, 38, was charged with assault as a hate crime after being arrested Wednesday by police, according to the New York Post. Elliot had been living in a homeless shelter not far from where the attack occurred. 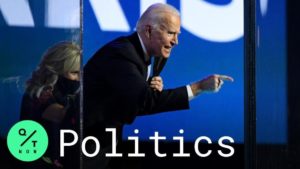 “He was caught on video mercilessly punching and kicking the 65-year-old victim in front of an apartment building at 360 West 43rd Street around 11:40 a.m. Monday, yelling ‘F–k you, you don’t belong here,’ according to cops and police sources,” wrote the Post.

This is absolutely vile. These attacks against Asian-American New Yorkers must end. Hate has no place here and we must always call it out when we see it.

My office is reaching out to the precinct and will do anything we can to be of assistance. https://t.co/8cBOniIORC

Bradley Elliot was convicted of the murder of his mother back in 2002 when he stabbed her three times in the chest with a kitchen knife in front of his 5-year-old sister, sources told the Post. He had been denied parole multiple times but released on lifetime parole in 2019.

“When New York politicians and their parole board think it’s a good idea to release a murderer who killed his mother — they certainly can’t pretend to be surprised he brutally attacked a woman in Midtown,” he told the Post. “It’s about time the City Council, State Assembly, and Governor be held accountable for their irresponsible laws and decisions. New Yorkers are clearly not safe because of them. They need to fix what they broke.”

But not one person stepped in to stop this man from attacking this woman. The attack occurred in front of a building with several onlookers watching, it appeared as one of the employees even shut the door after the attack. Kari suffered a broken pelvis from the assault and was taken to the hospital. She was released the next day.

New York Yankees Too Bored To Watch Their Own Team

Mother Arrested After Police Discover Her Dark Secret In The Freezer