According to Fox News, an Afghan woman was reportedly slain Tuesday by the Taliban for not wearing a burqa.

The extremely graphic photo purportedly depicts a woman lying in a pool of blood with her parents and other folks clustered around her in the Taloqan district of Afghanistan. According to a Fox News story, the woman was allegedly slain because she left her residence without a burqa. Meanwhile, sources also claim that the Taliban is actively patrolling Kabul, looking for activists and government employees. The fighters are said to be making their way around the city as gunshots are heard.

Here is the photo that was obtained by Fox News. WARNING, the photo is very graphic and disturbing. 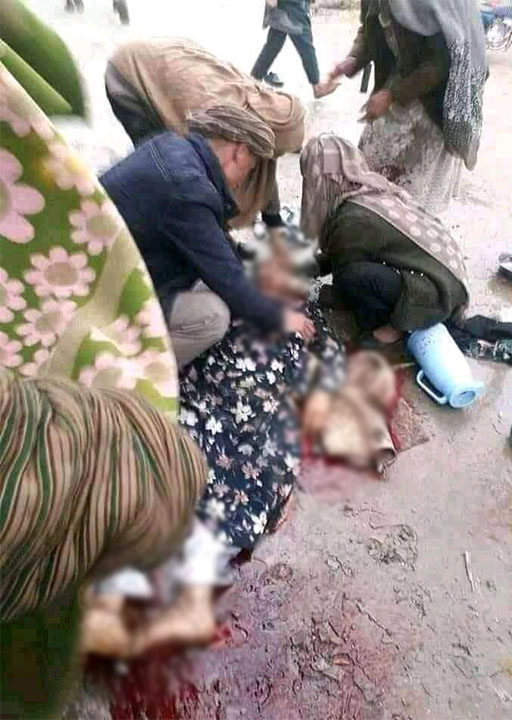 After making the statement that women should not be scared of the Taliban, Taliban Commander Assad Massoud Khistani recently told CNN’s Chief International Correspondent Clarissa Ward that women should cover themselves. A woman in an abaya was warned that she was inappropriately clad because her garments covered everything but her face, hands, and feet. Khistani announced that all women would have to wear a niqab, which is a veil that covers the face but lets the eyes see.

In recent days, the Taliban has tried to claim that they are supporters of women’s rights. Mujahid, the spokesman for the Taliban, stated on Tuesday that sharia rule, within the bounds of which women’s rights will be respected, will be implemented. “Enamullah Samangani, the head of the Taliban’s cultural commission, added that the new government will give women the environment to work and study,”

On Tuesday, the Islamic Emirate of Afghanistan made an announcement stating that the organization is prepared to provide women with opportunities to work and study, as well as an environment in which women are placed in different (government) structures in accordance with Islamic law and in keeping with cultural values.

Despite the Taliban’s insistence that they A photographer for the Los Angeles Times also managed to snap a picture of an injured woman and child on the street in Kabul, Afghanistan, covered in blood.

Many Afghan passengers attempting to reach Kabul Airport have reportedly been turned away by the Taliban, who have set up security checkpoints and stationed allegedly beaten those who have defied them, as reported by NBC News.

Baltimore State Attorney Lied And Cheated Her Way To An Indictment